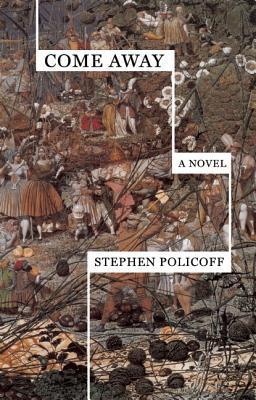 Who is the small, greenish girl Paul Brickner repeatedly sees skittering around the edge of his yard in upstate New York? No one else seems to see her—except Paul’s 5 year old daughter Spring and possibly his father-in-law, Dr. Eric Maire, a renowned scholar of occult lore.

Paul’s more down-to-earth wife Nadia is worried that he is having some kind of stress-related hallucinations. Paul says he isn’t. Probably.

It’s true that ever since Spring was injured in a fluke fall, Paul has been possessed with the anxiety that he might lose her, might lose all the good things that have happened to him in the past few years (an unexpectedly happy marriage—albeit his third—and the strangely unsettling joys of fatherhood); it’s true that he dreams about this green girl sometimes, a girl who beckons to Spring, urging her to come away to a distant land. It’s true that his father-n-law has sometimes lectured on the lore of the changeling and the strange medieval phenomenon (mass hallucination?) known as The Green Children of Woolpit, and that Paul has always been a little obsessed with the hallucinatory art of the psychotic British painter Richard Dadd, and feels certain that the greenish girl would fit right into one of those paintings.

But that doesn’t make his fear of losing Spring to some changeling child any less plausible, does it? And when his old friend Jack shows up with his feral twin boys—whom Jack suspects he may be losing to the shadowy world of autism—and together they investigate a local New Age treatment facility, The Grunwald Neo-Changeling Center for Childhood Retrieval—all of Paul’s fears begin to seem like bells resounding in his ears, and only the love of his wife and his daughter can keep him from plunging further down a dark path, and return him to a sunnier, more livable world.

COME AWAY
A dark, domestic comedy with a mild buzz of the supernatural
Loading…}